My name is Dany Saadia. I wrote and directed a feature film called 3:19, a story about chance, serendipity and happenstance. A Spanish-Mexican co-production that won festival awards (as Best Feature and Best Director) and was widely distributed in Spain in 2008 and in Mexico in 2009.

Just in Life is a fiction film, based on a science-fiction premise that we’ve all dreamt about: what would you do if you could relive the past, knowing what you know now?

Justin Dole will get that chance. He will return to 1990 as a 20-year old, with all the knowledge of what has happened in the world from 1990 to present day.

Groundhog Day, Butterfly Effect, Back to the Future, Primer, Time-Traveler’s Wife, 12 Monkeys. If you love time-travel movies, you will love Just in Life.

I’m going to do this film and thus I begin an interactive transmedia strategy and a crowdfunding campaign to finance the development of the project the way it should be done.

Just in Life will cost aproximately 2.5 million USD and will be filmed in English and on location in the US and/or Canada.

This is the crowdfunding campaign on Indiegogo.

This is the full Just in Life Teaser,

Poster Number One – Designed by Sallesino, 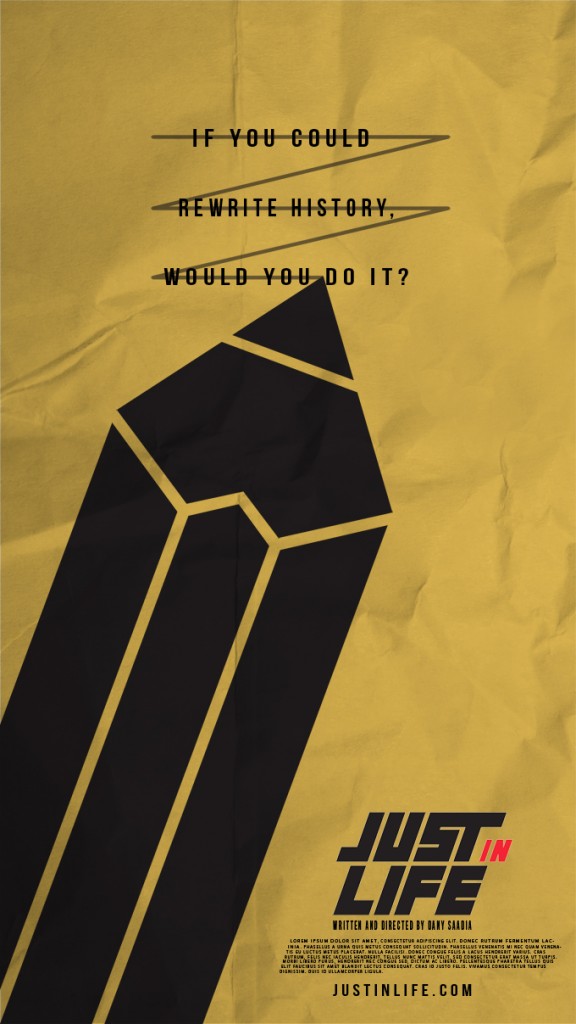 First 6 pages of the script,

The transmedia campaign will revolve around time-travel.

I want to do things right and this is the proof: I’m sending you this message to see if you can guide me during the process.

60 seconds. It’s the time you have spent reading these 260 words. Time enough for me to be grateful.